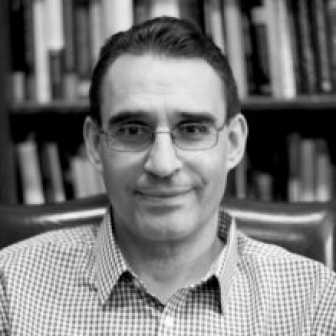 Gareth Williams has taught at Columbia since 1992. He received a Ph.D. in 1990 from Cambridge University for a dissertation on Ovid’s exilic writings that subsequently resulted in two books, the first Banished Voices: Readings in Ovid’s Exile Poetry (Cambridge, 1994) and the second The Curse of Exile: A Study of Ovid’s Ibis, Proceedings of the Cambridge Philological Society Supplementary Volume 19 (Cambridge, 1996). Two distinct research phases followed, the first of which focused on the Latin ethical writings of Lucius Annaeus Seneca. Two monographs resulted, the first an edition with commentary of L. Annaeus Seneca: Selected Moral Dialogues. De Otio, De Brevitate Vitae (Cambridge, 2003); the second, The Cosmic Viewpoint: A Study of Seneca’s Natural Questions (Oxford, 2012), was awarded the Goodwin Award of Merit by the Society for Classical Studies in 2014. Most recently, among various other projects and edited volumes in the area of Roman philosophy, his research has focused on the socio-literary culture of Renaissance Venice, an interest that recently resulted in the publication of Pietro Bembo on Etna: The Ascent of a Venetian Humanist (Oxford, 2017).